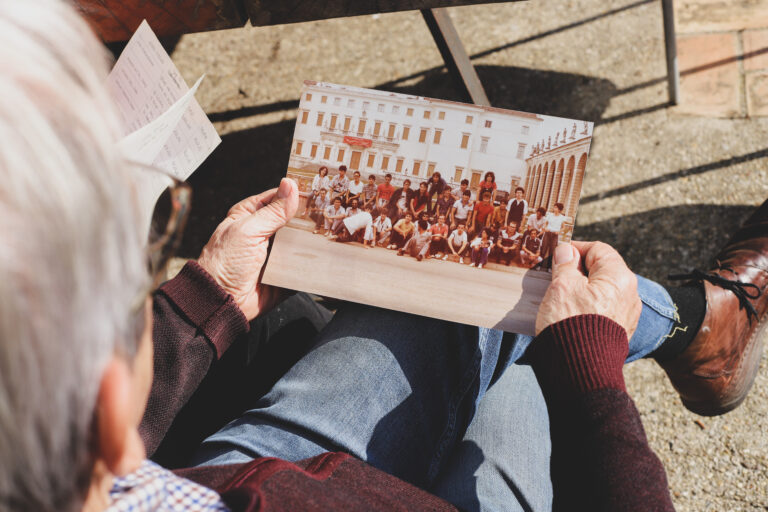 This year 2021, in August, it will be 40 years since we arrived in Priorat, Montse, Sara, Núria, Adrià and I (Jordi was born some years later). We came from Sant Cugat, from the metropolitan area where we had many possibilities and offers, but we were looking for the warmth of nature. I grew up and lived in the countryside until I was 25 years old, so it was like going back to my roots.

In 1981, I was offered the management of the school known at that time as Sant Pau. The principal was the priest Jaume Ciurana, who was soon to retire and needed a substitute. This priest had promoted a parent association and founded the school. It included primary education from Year 1 to Year 8, and vocational/professional training studies with different specialties.

40 years ago, Falset and Priorat were not what they are now. There were few young people in the towns of the region, and they worked in Reus and Tarragona. Neither grapes, nor hazelnuts or olives were sold at a price which allowed to balance the accounts. And, of course, old people got older, the crops were neglected, and the few remaining young people left the town and went to the city. Schools in small towns were closed because there were not enough children. This is the situation we found when we came here.

The Sant Pau school was an opportunity for teenagers to learn a trade. It offered agricultural, administrative, mechanic, electrical and electronic vocational/professional studies. The priest moved heaven and earth to make the school work. Later, “the other” Jaume Ciurana, who was the president of the Catalonia Wine Institute (INCAVI) at that time, tried to do everything to include the vocational/professional training speciality in vine growing and oenology. This was very interesting for the young people of the region who were sons and daughters of vine growers, but it was also interesting in general because, in Spain, this advanced vocational/professional training speciality didn’t exist, and if you wanted to attend these studies, you had to go to France.

Jaume Ciurana was linked to Falset because his family was from here, and he was interested in promoting the region. He knew the town well. He told me that, if the oenology school was created, it would give prestige to the region of Priorat, which was already known as a classic wine-making region, but wine in bulk. French traders, and some Spanish traders too, bought the wines, mainly to mix them with their own wines, and raise the alcohol level and the intensity of the colour. He said that the school could be used to learn how to make and bottle quality wines, because the grapes already were of excellent quality. This could be a big enrichment for Priorat, and indirectly, for all the Catalan wines. Jaume Ciurana had it clear, but unfortunately, he died early, and he was not able to see what he predicted.

In 1982, with the priest we visited the wine producers (bodegueros) school of Requena, which gave vine growing and oenology contents, but at a first-degree vocational/professional training level, and we were going to start the advanced/second-degree vocational/professional training. I found it very interesting, because this speciality was very suitable for the area, and from the school, we would try to do everything, and more, so that it had a big influence in the region. Actually, this is what happened.

A special building with a wine-making room/cellar, an ageing room/cellar, a laboratory and a tasting room was built, and we started to prepare all the requirements for the beginning of the academic year 83/84. First, we hired an oenologist and an agricultural engineer, because neither Montse nor I knew nothing about this speciality, and we studied a lot. We spent many hours every day studying, we woke up early and we went to sleep late, specially studying oenology.

During the first two years of the school, the two of us taught chemistry and physics to students from all the different specialities: oenologists, administrative assistants, mechanics and electricians. From the third year, we assumed full responsibility for the vine growing and oenology studies, teaching all the contents.

The president of the Catalonia Wine Institute (INCAVI) Jaume Ciurana made an agreement with the school to provide an official wine analysis service, which was accountant to the Oenological Station (l’Estació Enològica) of Reus, and a technical consultancy service in the cooperatives of Terra Alta, Ribera d’Ebre and Priorat. Therefore, the Catalonia Wine Institute (INCAVI), besides making the extension of a new speciality possible, it gave us financial support, contributing with a part of our salaries for our dedication to these services.

A very active period started for us, which we faced with great enthusiasm. We were sure that a new future was being developed, but we did not expect the magnitude it has had, and I would dare to say that the two Jaumes Ciurana planted the seed.