Cal Centro is a village shop where you can find a wide range of pork products which are traditionally made on site. But it is not a regular shop… the shop is over 100 years old, and it is surprising that it has access to a room where there is a fireplace and a bar. The bar has the same opening hours as the shop, but after all, it is a bar. Because the place where we are now is over 100 years old, and Enric, the man we are talking with, is the 4th generation to run it. His son is in the workroom, so we expect a 5th generation to come.
The shop has been, and it is still, a meeting point in the village. It has been a meeting point for as long as the bus station has existed, at the beginning of cars, when the arrival of a new convoy in the village would bring the neighbours together with curiosity and wanting to know more about the newcomers. And before this… where there is the bar now, the traders could park their carriage and spend the night in the rooms which were upstairs. The animals and their owners could rest, and the following day… they continued their journey.
Later, his grandfather was an animal trader in a period when there was a mule or another animal in every home. Enric proudly shows us the photos on the wall… a small summary of his family history: his parents’ wedding (where, surprisingly, the brides were dressed in black), him on a groomed mule which was going to be blessed by St. Anthony… Details which are full of joy, happiness, life.
Nowadays, it is a supply point of food and other products, a village shop as any other, but it is mainly a point of sale of his cold meats and sausages, which are made two houses further down, and he invites us to go there.
There, we find his son, Jordi, and three more workers. They are making botifarres (“sausages”) with rice, and blue cheese pâté. It implies a lot of work because it is a very traditional process… When we get there, they tie the sausages with a red string. After this, they will have to cook them, and then the sausages will be ready.
Pork is the base of their products. They follow the same natural processes used by their parents, grandparents, and great-grandparents, but they have increased their variety of products, and they have combined them with fruits from Priorat, such as hazelnuts, almonds, Arbequina olives, olive oil, aromatic herbs or rancio wine.
We are especially interested in secallona (a sausage similar to fuet), which accompanies our wine tastings, and although it is being dried at that moment, they tell us that it is a dry sausage made of the pork’s shoulder and leg, and filled into a natural pork casing. It is delicious!!
Thank you for welcoming us into your house, and also for being a reference in our region. 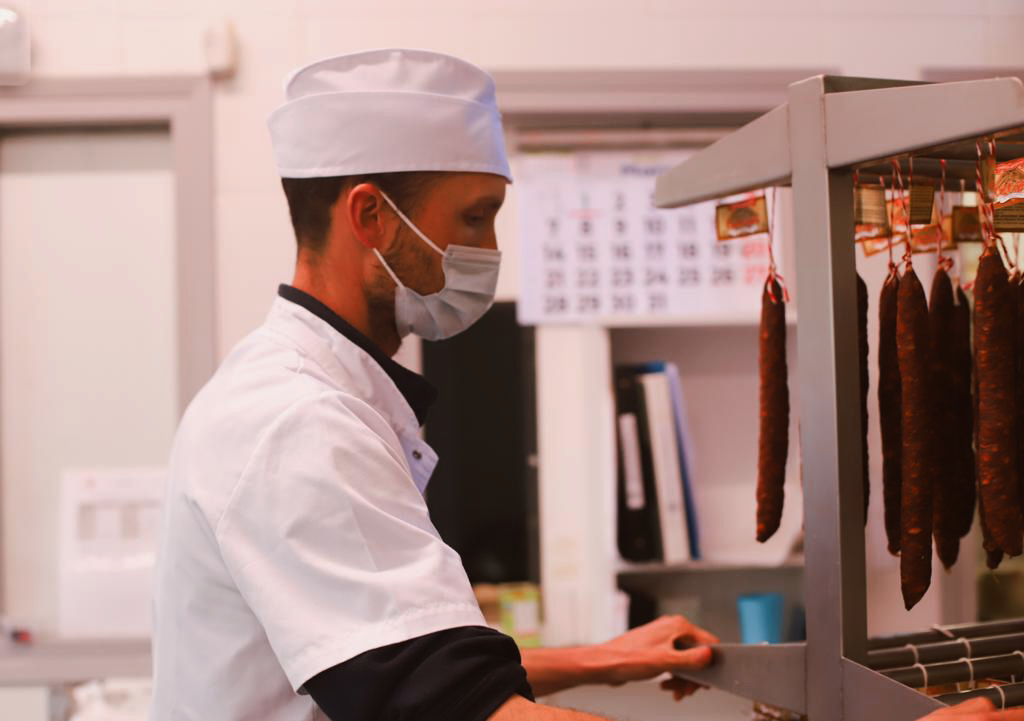 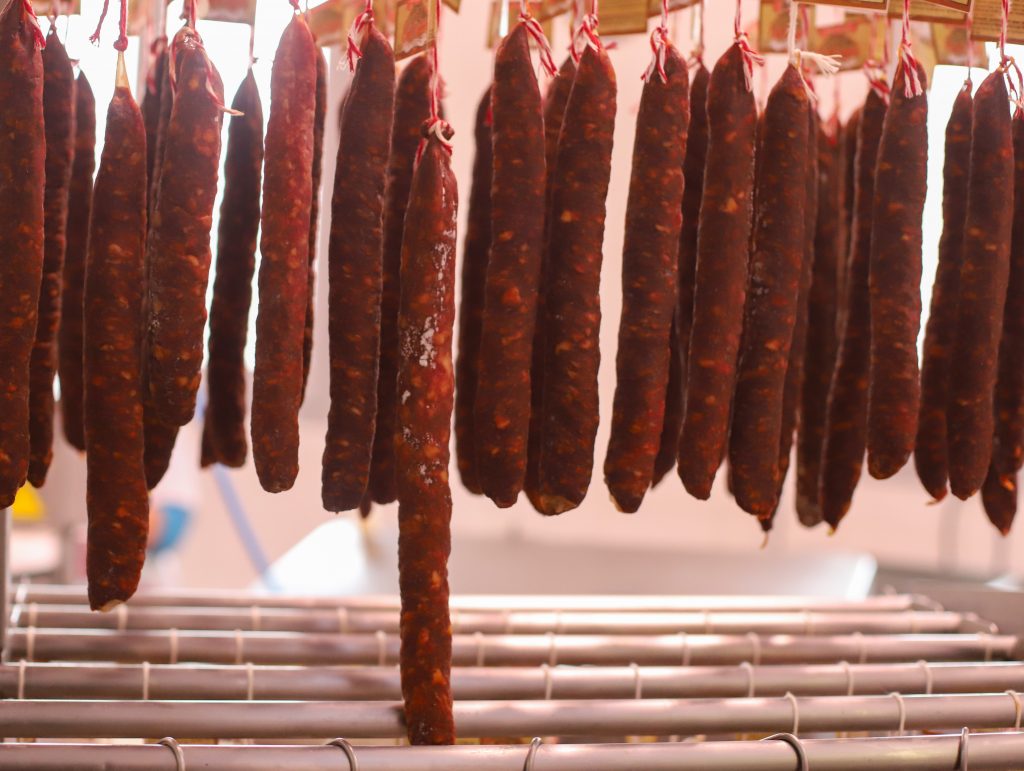